While most nuclear sites were on furlough over the 2016 holiday season, Day & Zimmermann personnel at one nuclear station were helping a utility respond to a catastrophic failure of one of its emergency diesel generators (EDG). The team rebuilt the entire EDG from the ground up in less than 62 days.

A routine monthly test in December 2016 revealed that a piston in the B EDG had stopped functioning, which caused the failure. The NRC granted a 62-day Limiting Condition for Operation (LCO) extension — the longest LCO extension for the industry — to fix the issue and return the EDG to operable status.

“Our whole team got involved and rearranged their personal schedules during the holidays to help out with this emergent work,” said D&Z’s Director of Operations for the site. “They did a phenomenal job coming together to accomplish the goal set by the station, and we did it with zero injuries, zero human performance events, and zero dropped objects.”

Day & Zimmermann personnel were responsible for supporting the disassembly and reassembly of the EDG engine, flushing and disposing of approximately 1,200 gallons of used oil, staging and managing a temporary laydown area, hauling equipment and materials, building work platforms, and removing and rebuilding insulation components damaged by the equipment failure. The team also conducted 24/7 fire watch and staffed a round-the-clock Outage Command Center (OCC).

To my knowledge, no one has ever been given an LCO extension of 62 days to rebuild an entire diesel generator,” said a D&Z executive. “Our site team’s focus during the EDG outage was incredible — a real testament to the skills and commitment of everyone we have working at the site.”

Each of the site’s three units has two EDGs, which are tested monthly and provide redundant backup power to station equipment in case the plant loses off-site power. The EDG and its subcomponents underwent a series of mechanical and electrical testing, including numerous fast-starts of the EDG and a final 24-hour endurance run before returning to service in February 2017. 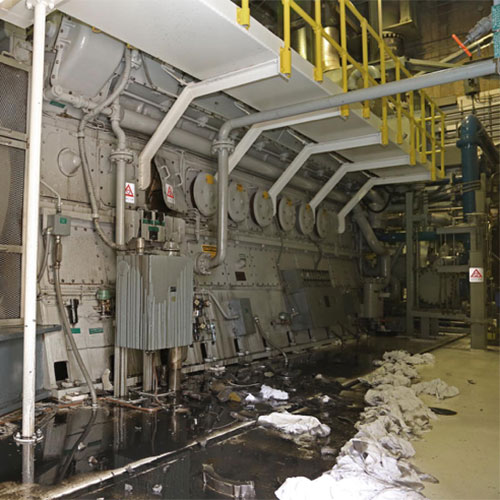 Before: A failed piston and cylinder caused catastrophic internal damage to an emergency diesel generator. 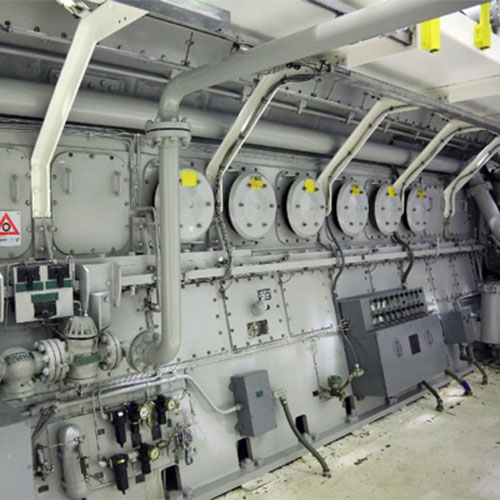 After: The emergency diesel generator was rebuilt and operational before a 62-day extended LCO. 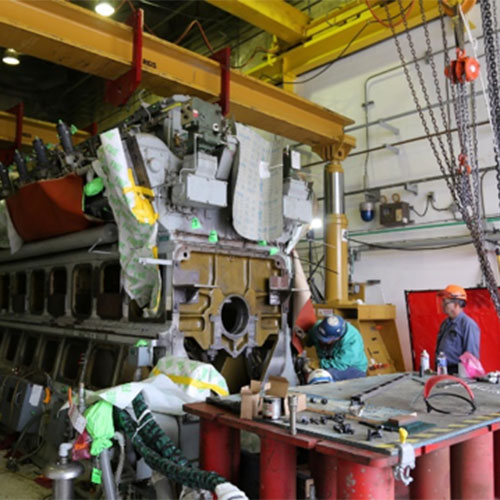 All cylinders were removed from the engine during disassembly in preparation to move the engine from its pedestal. D&Z performed rigging and support work. 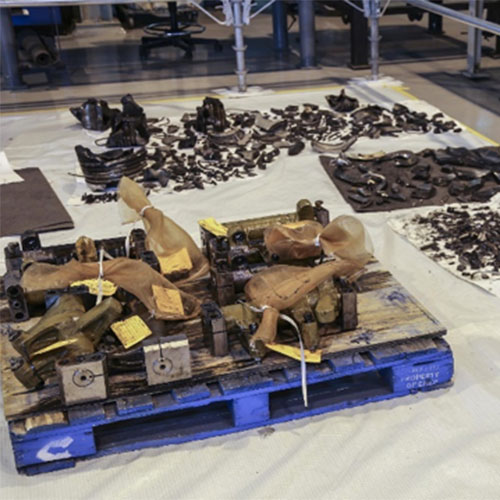 The fragments and components of the failed piston were collected and sent to a metallurgist to determine the failure mode.