Safety is Our #1 Value

We take on high-risk work in hazardous environments for some of the largest companies and government groups and are relentless in our commitment to preventing injuries and accidents.

For more than a century, we have shared a personal and professional commitment to protect the safety and health of our employees, our customers, partners, contractors and communities we serve. Safety as a value takes many forms. It can be as simple as pointing out a potential hazard in a project and discussing alternatives, or as complex as drafting new safety standards in industrial operating environments. Even the smallest efforts can make a big impact. 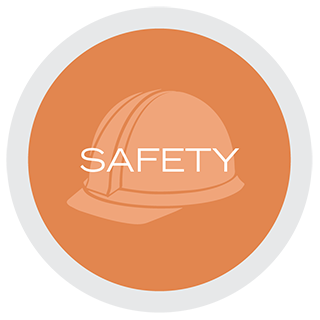 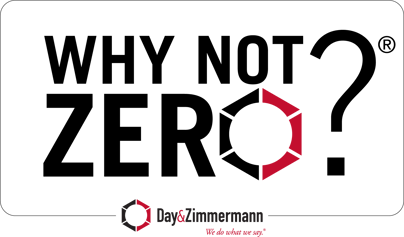 Day & Zimmermann has a safety campaign called, Why Not Zero?® Our goal is to focus the entire organization on injury prevention. Although we are not at zero yet, we have seen steady progress over the years, and the campaign has helped convince even the most skeptical among us that zero injuries is possible. To get to zero requires the right mindset and the right safety behaviors that, when practiced consistently, are proven to prevent. 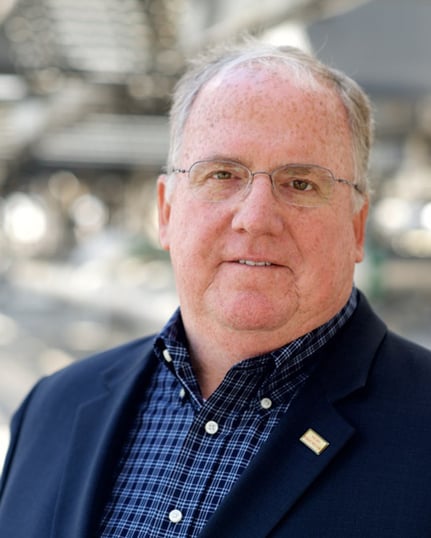 Mike Yoh, President of Government & Munitions at Day & Zimmermann serves as Chairman of the Safety Council

Comprised of safety leaders representing each of Day & Zimmermann's business units, the Council exists to address emergent safety challenges across the variety of industries we serve.

Reviewing each unit's safety performance and sharing lessons learned are just part of the Council's quarterly meetings. Annually, the Council plans a two day summit, inviting key leadership and management personnel from across the company to participate in an intense review of the state of our safety culture, key trends and issues and strategic plans. Most recently, the challenges addressed by the group included off-the-job safety for our employees and pandemic preparedness for our own company and our customers' operations. 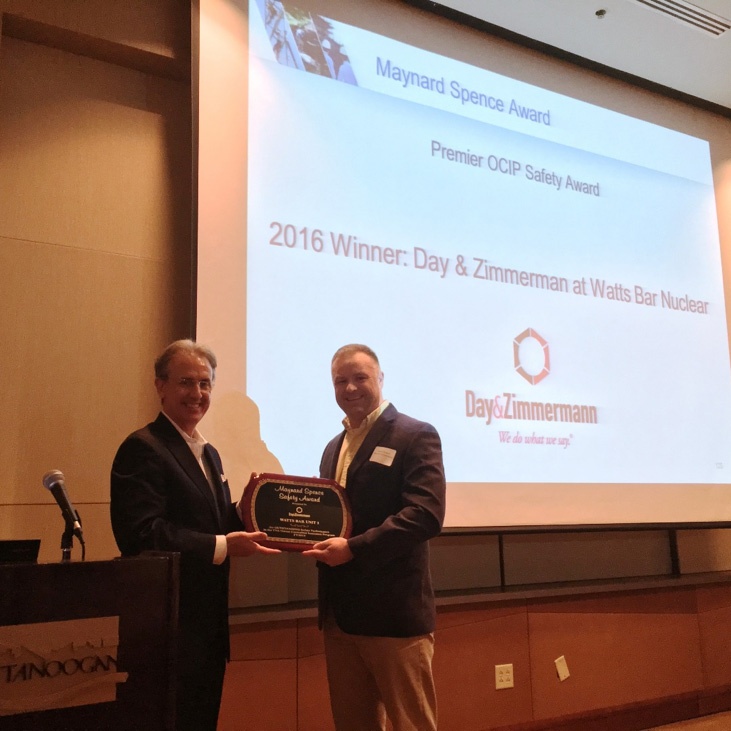 Day & Zimmermann received the Maynard Spence Safety Award for outstanding safety performance at TVA's Watts Bar Nuclear Power Plant in Tennessee. This is the second time the Watts Bar team has received the award and the fifth time D&Z has been recognized.

In 2016, D&Z worked more than 600,000 hours at Watts Bar performing large-scale tasks on the site's upper compartment coolers, containment closure, and glycol chillers as well as completing Appendix R, Fiber Free, and fuel loading projects. The D&Z site leadership team encourages a strong safety culture through open communication and engagement at all worker levels. The craft and all site stewards participated in 1,800 peer-to-peer interventions, and Jason and his team implemented two new best practices — a "2Cs Meeting," where all employees with birthdays that month meet to discuss concerns in an open setting, and a STRONG Team (Safety Through Responsible Observations, Navigation, & Guidance) to target and resolve those areas of concern. 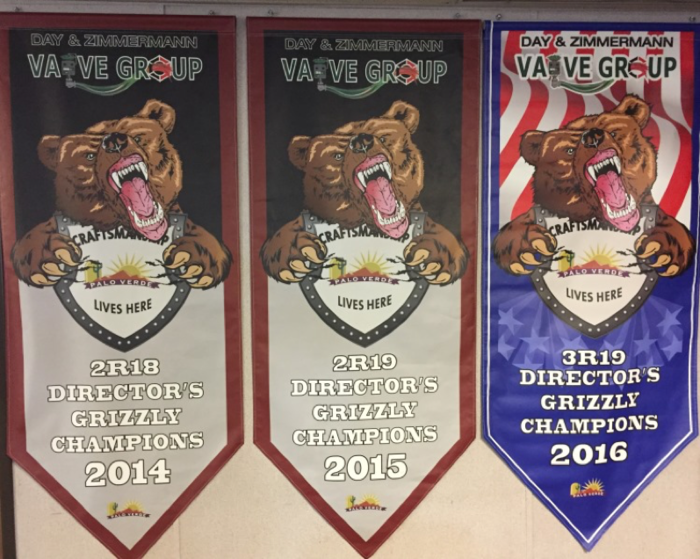 The second award given by the NSC was the Occupational Excellence Achievement Award. This award is honored to programs that have reported injuries and illnesses that resulted in lost time equal to or less than 50% of the Bureau of Labor Statistics (BLS) rating for their industry North American Industry Classification System (NAICS code) with no fatalities during the calendar year. HWAD’s performance rating was 67.53% lower than the 2015 BLS rating with a notable 42% reduction from the previous year’s performance.

SOC, at the Hawthorne Army Depot (HWAD) in Nevada was recognized by the National Safety Council (NSC) for meeting the criteria for two safety awards. 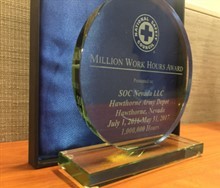