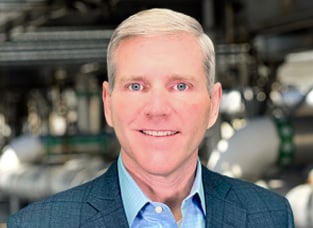 During his 14 years with the company, Mr. Ross has progressed through a series of roles in multiple business units that have provided him with a unique perspective on the company, its operations and strategy. He first joined Day & Zimmermann as a college intern, rejoining in 2008 as the Director of Talent Acquisition, where he led the Company’s recruiting organization. From there, Mr. Ross held increasingly responsible roles in Human Resources in Yoh, Corporate and MC (then called ECM), where he spent four years as Vice President, Human Resources. In this role, he supported a business with 900+ staff employees and 15,000-20,000 Union and Non-union craft employees.

Since 2019, Mr. Ross has advanced to Vice President, Corporate Development, facilitating the Company’s strategic planning process and leading its mergers and acquisition activities, including the acquisition of two Projects & Construction organizations, one that expanded our Maintenance and Construction division into Canada. As a corporate development leader, Mr. Ross reported directly to the CEO and worked with business leaders across the enterprise to help them achieve long-term, profitable growth by supporting and leading initiatives relating to corporate strategy, acquisitions, strategic partnerships, and other special projects.

In addition to serving as a key member of the executive leadership team for the two largest divisions, he is a member of the D&Z Leadership Council, which makes decisions regarding overall Company strategy and policy. Mr. Ross also led the COVID-19 response team, where his efforts have been instrumental. His collaborative style and strong business acumen have served him well and he brings this experience from across the business. Mr. Ross continues to move D&Z HR strategies, policies, processes and cultural initiatives forward.

Prior to joining D&Z, he worked in HR and Operations for Toll Brothers and Aerotek, and started his career as an Accountant at Gottlieb & Associates.

Mr. Ross received a Bachelor of Science in Accounting from St. Joseph’s University. In addition, he holds a Wharton Executive Education in Mergers & Acquisitions, a SHRM-SCP Certificate, a title of Senior Professional in Human Resources from the Society for Human Resource Management, and a SPHR Certificate from Villanova University.

Women’s History Month is a time to reflect on the past and honor the many exceptional women who ...