“I’ve also seen a lot of changes and improvements in the grounds and the facilities here, and that’s been a positive thing for the workforce, too.”

Tell me about what you do for Day & Zimmermann. 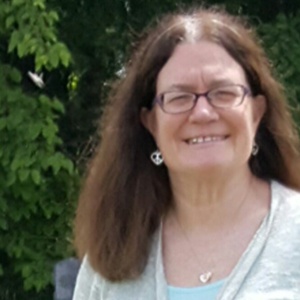 I’m a production operator here on the production line that loads and assembles and packs out 795 IMX [Intensive Munitions Explosives] rounds for our customers. We provide these so that not only our customers, but also our soldiers are delivered munitions that are built safe, reliable, and very top notch in order to remain competitive in our industry.

I work here at night and I love nights, it’s a little bit more laid back. A lot of people that have kids need day shift hours, so I figure I can work the night shift so that other people can have those days they need to raise a family. That’s how I was brought up. I feel like it shouldn’t be all about me, we need to be thinking about other people, too. That’s what I love about my job, I realize that it isn’t about me, it’s about all the people I work with.

How did you get into this industry?

Before I came here, I actually worked for 12 and a half years in the school districts, I was an assistant cook for the head cook in the school cafeteria and I loved that job. I did a lot of heavy lifting and there was no air conditioning, but I loved that job. But after 12 and a half years of making 9 dollars and 54 cents an hour, I couldn’t live in the nice house in the country anymore, so I had to go get another job. I saw an ad in the Burlington Hawkeye paper for a production operator at American Ordnance and I thought, you know what, I bet I could do that. So I tell people, I went from making vast quantities of mashed potatoes to war heads.

I’ve been here since 2008 and my son followed me in my footsteps. This is a good company for families too, they see that it’s a good place to work, it provides well for your family. What we’re doing here, it instills pride in our work and we can take our money that we’ve earned and spend it in our local economy and on our families.

I was out to eat one night, and me and a soldier got to talking and he said, “You were honored to meet me, but I have to tell you that I’m honored to know you guys because you work in the munitions factory.” He added, “You guys are our front lines here, we count on you to make those things right and to go off when we need them.” People need to be reminded of that. We’re all important and we’re doing important things here at Day & Zimmermann.

Have you noticed any changes in the munitions industry since you started?

We’re more globally competitive now, which has made a big difference on the cost [of munitions]. There’s less munitions facilities like us now, but the competition is higher. The workload has increased, and that’s a good thing. I’ve also seen a lot of changes and improvements in the grounds and the facilities here, and that’s been a positive thing for the workforce, too.

When you’re shipping the munitions, where are they going?

Well, many times we’re never directly told where a lot of the munitions go. But they go to our soldiers, and soldiers in other countries, too, so to places like Afghanistan. We’ve had a lot of soldiers come back into the facility, which is really cool, and we can see where the munitions have been. They’re so beautiful when they leave here, it’s amazing. But in the sand, and in the areas that they’re at, from time to time it tends to make the munitions dull again. So we’ve had soldiers come through and tell us about why that happens, and sometimes they bring back those rounds and we rework them. We’ve done a lot of rework here, from all over the world.

Can you tell me a story from you’re time at American Ordnance?

We had a representative from the Office of the Assistant Secretary of the Army here from Washington D.C. back in November of 2015, and the company approached me about moving her down our line and telling her about what we did at each station. That was quite an honor to have been chosen for that. After I led her through the tour here at Line 3A where I work, she placed a great big medal in my hand, she was so humble about it, it was such a moment. I said to my parents when I went back home, “This medal is really for you, because you’re the one that brought me up and told me to take my job seriously, go to work and do my best.” So, that was quite an honor.

Any advice to someone considering this profession?

Well, it’s more than a job, it’s a career. If you want to be a part of the munitions industry that’s providing top notch munitions for our military, then it’s where you need to be. It’s a job you need to take very seriously, there’s a lot of rules that you have to follow and abide by. You have room to grow. I’m proud to say I‘m a part of this munitions operation.