“I work for Yoh at Turn 10 Studios, which is a gaming studio owned by Microsoft. We produce the Forza racing franchise for Xbox and Windows 10.”

Tell us what you do for Day & Zimmermann. 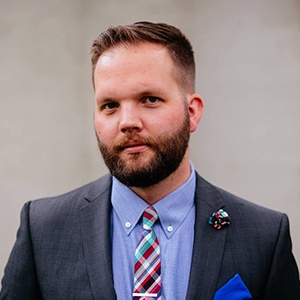 I am a cinematic artist and video editor that works for Yoh at Turn 10 Studios, which is a gaming studio owned by Microsoft. We produce the Forza racing franchise for Xbox and Windows 10. I produce a bunch of fun marketing material for the studio; mostly trailers for games or downloadable content and expansions, things like that.

Where does Yoh come into all of this?

Yoh connected me with Turn 10. I actually found the listing for the job, bizarrely enough, in this really obscure page on Reddit for Seattle job listings. A lot of the jobs in Seattle are focused on tech, so a lot of the big companies were posting developer jobs. One day there was this kind of mysterious posting where a gaming studio was looking for a photographer to work there. I checked all the boxes, and that’s kind of where my relationship with Yoh started. They were the recruiter that handled the whole process. Now, a year and a half later, they are our in-between maintenance team to make sure things are going well and to be our intermediary between us and the studio. If there is anything we need, they are our ally in this big huge corporate world of gaming.

What are some of the projects that stood out to you, or some of the favorite things you have worked on?

It was the second expansion for a game called Forza Horizon 3 that was actually a partnership we went into with Hot Wheels and Mattel. They created a whole world. There was a series of islands that were interconnected by life size Hot Wheel tracks with huge loop-da-loops and speed boosters and a bunch of fantasy cars, etc. All of this stuff is kind of up my alley, so I ended up directing and producing the entire video independently for the trailer. It ended up being received overwhelmingly positively by the community.

Most people don’t get a chance to play something before they buy it and so that’s your job—to sell it to them. So, if people are saying things like “This trailer got me all psyched for it!” and they don’t even get to put their hands on it yet, then I’m doing my job. It’s pretty fulfilling both professionally and creatively, too.

What attracted you to this role, were you a big video gamer growing up?

I think I was the amount of a video gamer that the average boy born in the 80s was, probably. The industry is going in such an interesting direction—with narrative and storytelling—and finding a way to do something that before, we only really relied on movies and TV to do. It’s really stimulating going into your adult life, you don’t feel like you’re still some kid who’s playing a game.

It’s cool because I get to use my education in video production but also work in a digital/virtual world where we have a lot more creative control—more control than we can have in the real world because you’re not really bound by the laws of physics and science and gravity, because everything is all digital. It’s a really neat job.

What’s one of the hardest parts of your job?

I don’t think this would be a surprising answer to anybody in the industry, but I would say all of it is awesome, and then there’s always a crunch. There’s one time of year, whether it’s a developer cycle or an announcement or something like that, where there’s never enough man hours to get it done, but you have to do it anyway. You just keep saying “it’ll be over in a week, it’ll be over in a week.” It’s interesting though, because afterwards it feels almost like a crucible. You’re like “Not only did we survive, but what we made was amazing.”

Any advice for somebody getting into this profession?

Just dive into it, even if you don’t feel like you’re qualified or it doesn’t feel like something that your background has led you to this moment to do. If there’s something, especially in gaming, that you’re passionate about, I think people would be surprised by the worlds that are studios. My advice would definitely be to not be shy, reach out to people and to find out what studio’s needs are, because not everyone at a studio is a developer or is a coder.

If I have time on my hands: Horizon Zero Dawn. If I don’t have time: Overwatch.